Working in collaboration with Crosby Marketing we were tasked to create a compelling and energetic animation for a large event Energy Star was hosting. An initial script was provided and we were able to jump right into visual concepting. Starting with whiteboard drawings, then inks, followed by animation ready storyboards. A very tight turnaround didn’t allow a lot of time to doddle. Since the bulb is the hero it needed to stand out. It was going to have a lot of motion and some simple dynamics throughout. 3D was the simplest way to achieve the effect. At the same time we wanted the overall look to be cartoony and fun. There would be a lot of characters and extra bits of animation. We wanted to focus on simple, quick movements, and seamless transitions to lead the animation since the VO was going to be so quickly paced. Overall, we are quite proud of the outcome. 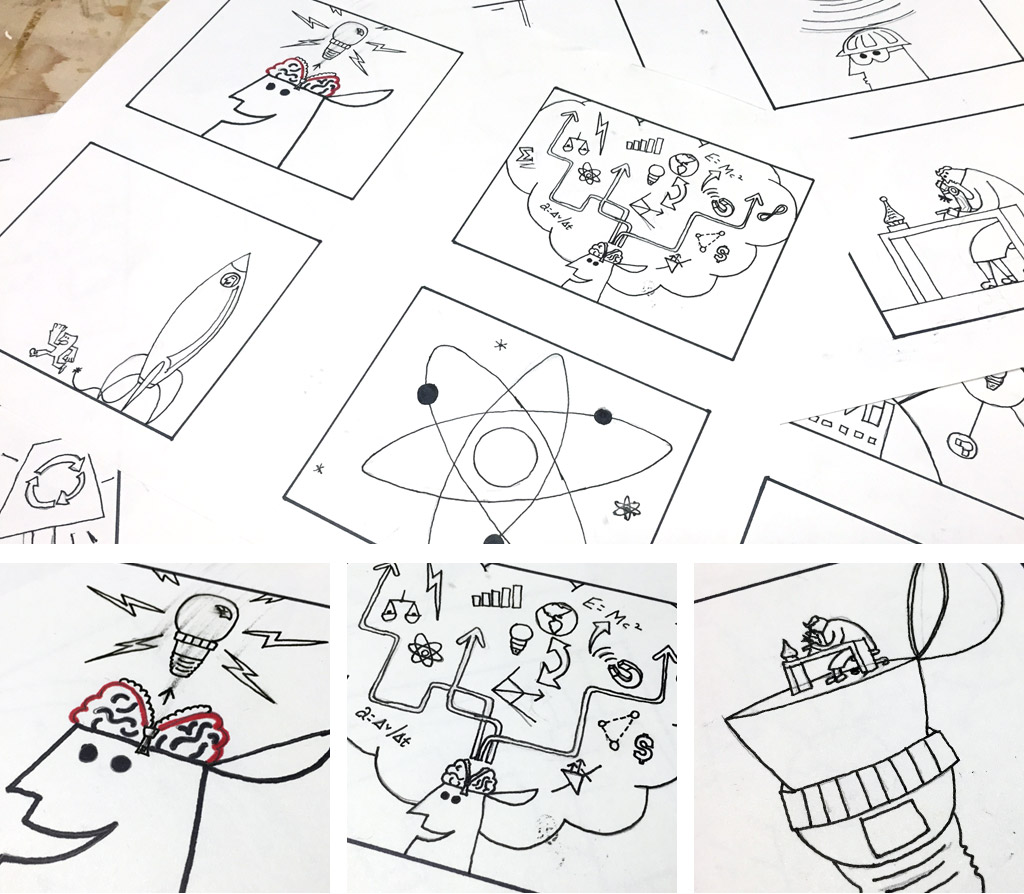 Light the fire. Align and inspire.

We'd love to collaborate with you. Teach us about your business.

A cultural hub of creativity which has its share of gems. From the Boh’s to the O’s, Washington to Waters, and Fells to The Block, it has a little something for everyone.

Made with ♥ in Baltimore